Tell us about the Jewish community of Seine-sur-Mer

It all started in a village near the city of Oran in Algeria. At the end of the war in Algeria in 1962, France withdrew and the Jews had to flee the country to Marseille. Later, for work reasons, we moved to 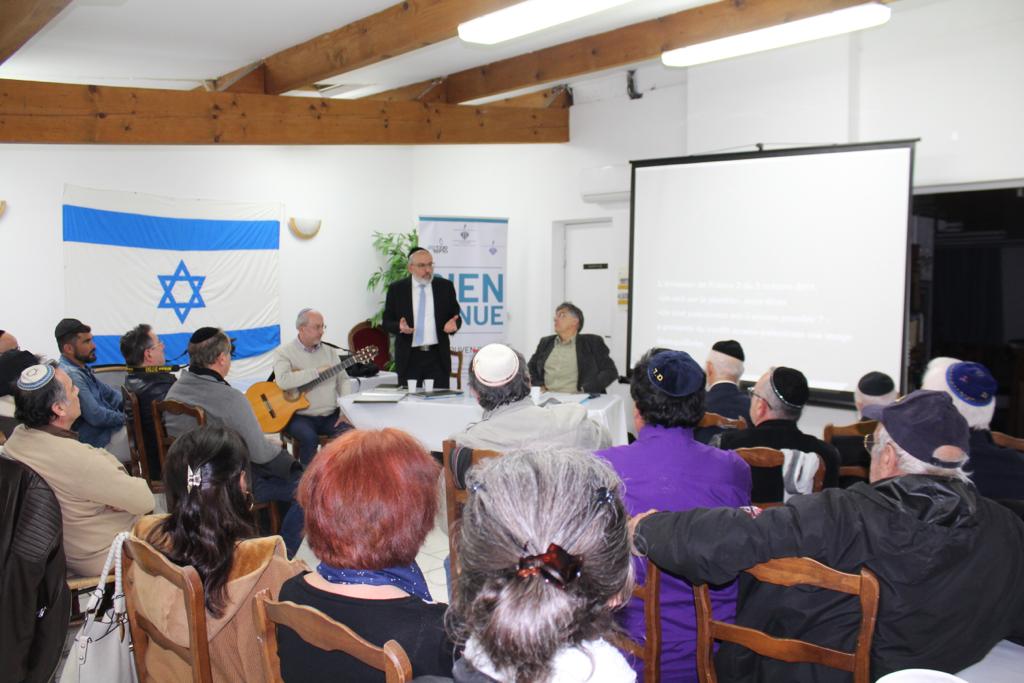 Seine-sur-Mer, near Toulon. My father worked in the French navy, whose main base is in the port of Toulon. Along with his work, he provided kosher food to Jewish sailors. Every Shabbat he went on foot to Toulon, seven kilometers from the Seine-sur-Mer. To form the Jewish community, he simply took the phone book, listing all the Jewish names. The first gathering was held during the Mimouna at the end of the festival of Pessach in 1977. For a few years, we gathered at Yom Kippur, then during Shabbats. At the beginning, there were 150 families who have grown to 350 today.

We took the initiative in the region to organize big parties with speakers from Israel, among others – the commander of the Exodus and IDF generals. At that time we mobilized 5,000,000 francs for the Jewish state, a considerable sum for our community.

Five special features of the Jewish community of Seine-sur-Mer

Tell us about one of the keys to the success of your community that you would like to share with other communities around the world.

It’s very simple: first of all, every person who comes to us, to me he/she is more important than me. Secondly, we all try to work for Israel and each of us is like a flag of the Jewish State.

OTS Amiel BaKehila, part of the Ohr Torah Stone network, is an exciting new initiative under the auspices of Israel’s Ministry of Diaspora Affairs aimed at empowering Jewish communities around the world through Jewish education, Israel engagement and Jewish arts & culture.

Working with small and mid-sized communities around the world, OTS Amiel BaKehila brings dynamic programming, speakers and educators to your community to unite, excite and connect Jews to their local community and the State of Israel.

We're honored to have been welcomed so warmly by t

@litalsun on the first day of our delegation.

OTS Amiel Bakehila in Lodz, Poland at the Jewish d

OTS Amiel Delegation on their first visit to Santa

Chanukka in Cancun with Debby Jacubovsky and Rabbi

Singing Chanukka Songs with the Jewish community i

Lighting the Menorah in Warsaw, Poland, with Rabbi

Havdala in Lodz with Rabbi Schudrich and the OTS A

The children of the Jewish community of Monterrey

Filming workshop: the youth learning to film their